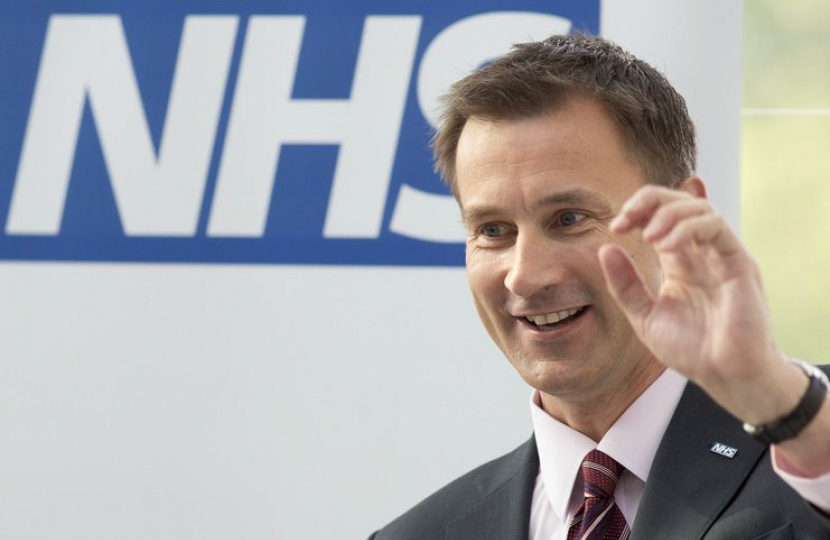 Today Jeremy Hunt MP chaired a meeting of the Health and Social Care Select Committee on the future of general practice in the NHS. The committee heard from health executives, doctors, policymakers, and care providers. The issues discussed were among those consistently raised by the residents of South West Surrey.

Continuity of care was a major theme. Jeremy was extremely interested to know what reforms could be made to ensure that a patient had the option to see their own doctor. He suggested a complementary model where patients would be offered the choice to see the GP with whom they already have a relationship or perhaps seeing a different doctor sooner if one was available and the patient felt comfortable with it. There was clear consensus that patients should, where possible, be afforded choice, and that long term relationships between doctors and patients was positive for both.

Jeremy emphasised the importance of continuity of care by introducing examples, such as family trauma or rapid weight change, where knowing a patient beforehand would allow for better care. This raised the issue of continuity of information. Saffron Cordery (Interim Chief Executive, NHS Providers) spoke about the importance of patients not having to give lots of information lots of times to lots of people to avoid patient frustration. Luke Evans MP, a Health Committee member and GP, unscored this point from his own experience practising.

The partnership model of general practises was defended by those present, including Jeremy. It was agreed that it allowed for the freedom in decision making necessary to streamline care and allow for patient choice.

One of the witnesses in favour of the partnership model was Dr Claire Fuller (Chief Executive-designate, Surrey Heartlands Integrated Care System). Both felt keenly the views and needs of the residents of Surrey whom they represent and their joint participation in the committee ensured that those needs will continue to be heard on the national level.

The Lib Dem/Green/Labour Coalition at Waverley Borough Council want to destroy parking in central Godalming. Take a minute to go to the Waverley website and object.

Please see the leaflet attached below.