Richard Seaborne has served on Waverley Borough Council since 2015, representing the Bramley, Busbridge and Hascombe ward. During that time he has served as Chair of Waverley's Housing Overview and Scrutiny committee (2019-21) and Vice-chair of the Audit committee (2018-19). He is currently the Conservative lead on Housing and the Environment.

He has also been a member of Bramley Parish Council since 2011, taking an active interest in road safety and traffic, including establishing the Bramley Community Speed Watch team in 2014. He served as Chair between 2019 and 2022.

Richard was brought up in the West Midlands before studying Earth Sciences at undergraduate and postgraduate level at Manchester University. After obtaining a PhD in 1979 he moved to Surrey, becoming a geophysicist in the oil and gas industry and spending 34 years working for major oil companies in technical and management roles. Nearly half of his working life was spent living overseas, which has given him a healthy appreciation of different cultures.

In his spare time Richard rings bells at Holy Trinity, Bramley and is also a member of the choir at Holy Trinity and the St Catherine's Association Choir. As a Voluntary Path Warden he takes the opportunity to prune back vegetation and remove fallen branches while out jogging on Bramley's paths. He is also an enthusiastic supporter of Harlequins Rugby Club. Between 2016 and 2022 Richard served as a governor at Bramley Infant and Nursery School. 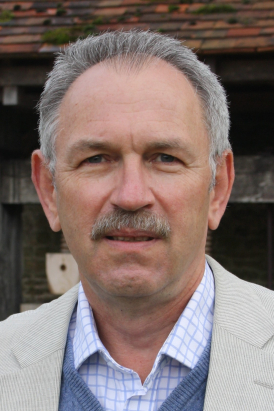